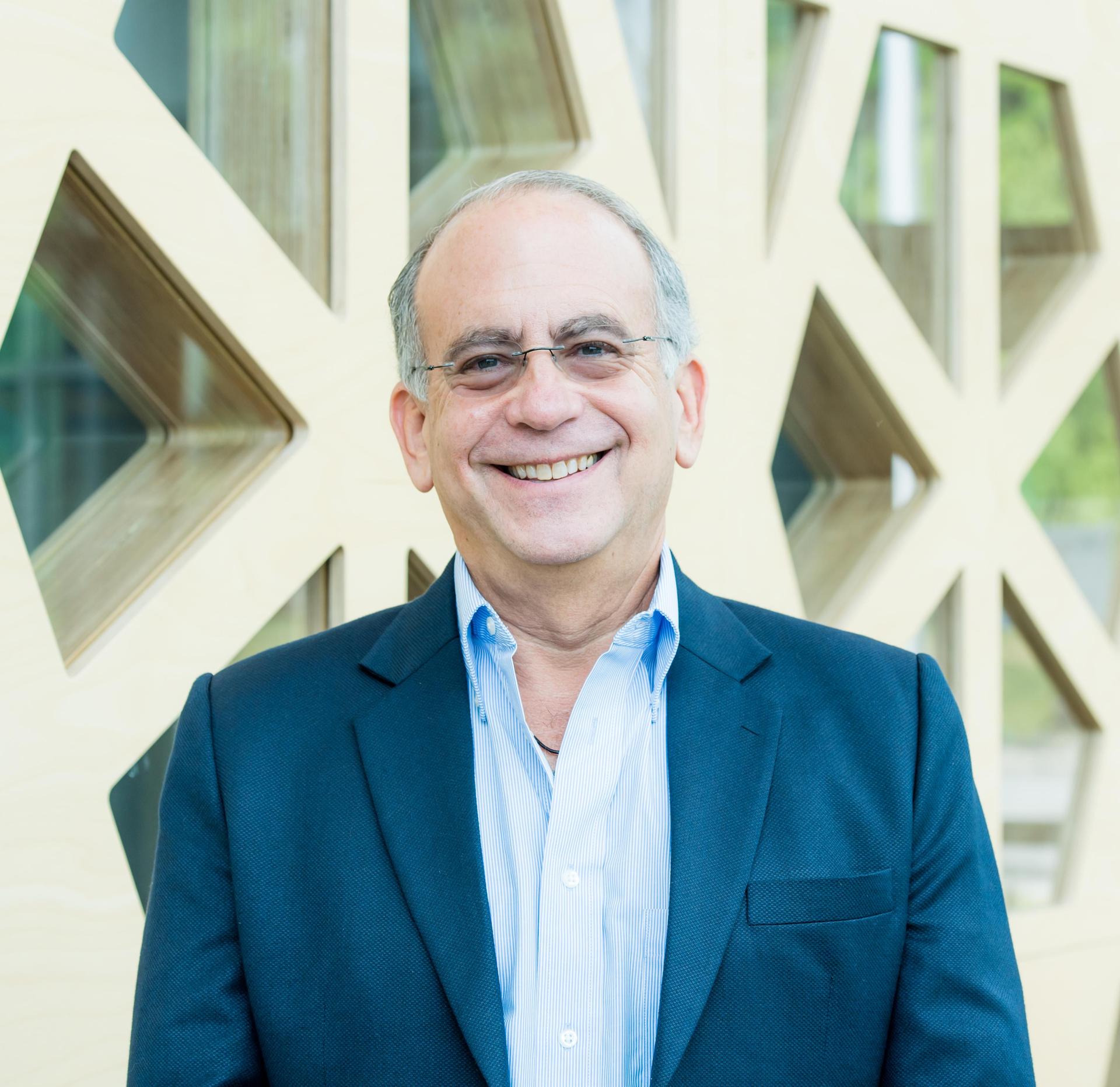 Jay Leberman comes to Mandel JDS with a seasoned forty-year career in Jewish Education and administration. Prior to moving to Cleveland, Jay was Director of the Kivunim Gap-Year Program in Israel that provides an intensive, experiential international Jewish education to college students. Before living abroad, Jay was the Head of School for 16 years at the Perelman Jewish Day School of Greater Philadelphia where he ran three divisions with over 500 students. His accomplishments include the creation of a middle school and making Perelman a more inclusive and financially stable school. Prior to Perelman, Jay was the Educational Director at the Sager Solomon Schechter Day School in Chicago for 12 years. He received national recognition for establishing programs in both schools that advocate for individual learning and allow children with special needs to receive a Jewish education.

Jay received his Bachelor of Arts in History of the Jewish People and History of Jewish Thought from the Hebrew University in Jerusalem and a Master of Philosophy in Modern Jewish Studies from Oxford University in London. With a love for the classroom, Jay spent five years teaching both high school and college classes in England before returning to the states to become an administrator. Jay grew up in Albany, New York, and was a proud member of the first graduating class of the Hebrew Academy.

Jay is a devoted naturalist, conservationist, and environmentalist with a passion for outdoor learning. Originally having studied to become a veterinarian, Jay has a love for all animals and living things. He also enjoys international literature and visiting Diaspora communities throughout the world. Jay brings a diverse knowledge of Jewish movements and communities including Orthodox, Conservative, Reform, Reconstructionist, non-affiliated, Sephardi, Ashkenazi, European, and Israeli.

Jay and his wife Soraya currently reside in Beachwood. He is the father of three sons, Hemi, Hanan, and Boaz, who made Aliyah, and the grandparent of three. His daughter Yael attends the prestigious Royal Academy of Dramatic Arts in London.

Born in Israel, Leah Spector earned her undergraduate degree in Hearing Impaired Studies from Tel Aviv University in 1991. After moving to Cleveland that same year, she continued her education at the Siegal College of Judaic Studies, earning a Masters Degree in Judaic Studies Education. Her mission became teaching young children about Israel, Hebrew, Tanach and their Jewish identity.

Leah joined Mandel JDS in 1992, and is now responsible for overseeing the development of the General and Judaic educational program and curricula. Along with the Head of School, she oversees the implementation of the Strategic Plan. Leah also directly manages and supports the senior educational leadership team, including its professional development. Leah also develops and manages all class and event schedules as well as the master school calendar.

Leah utilizes her love and passion for her heritage, country and religion as an educator and administrator at Joseph and Florence Mandel Jewish Day School. Her goals are to develop educated Jewish students who are proud of their identity and will become lifelong active members of the Jewish community. 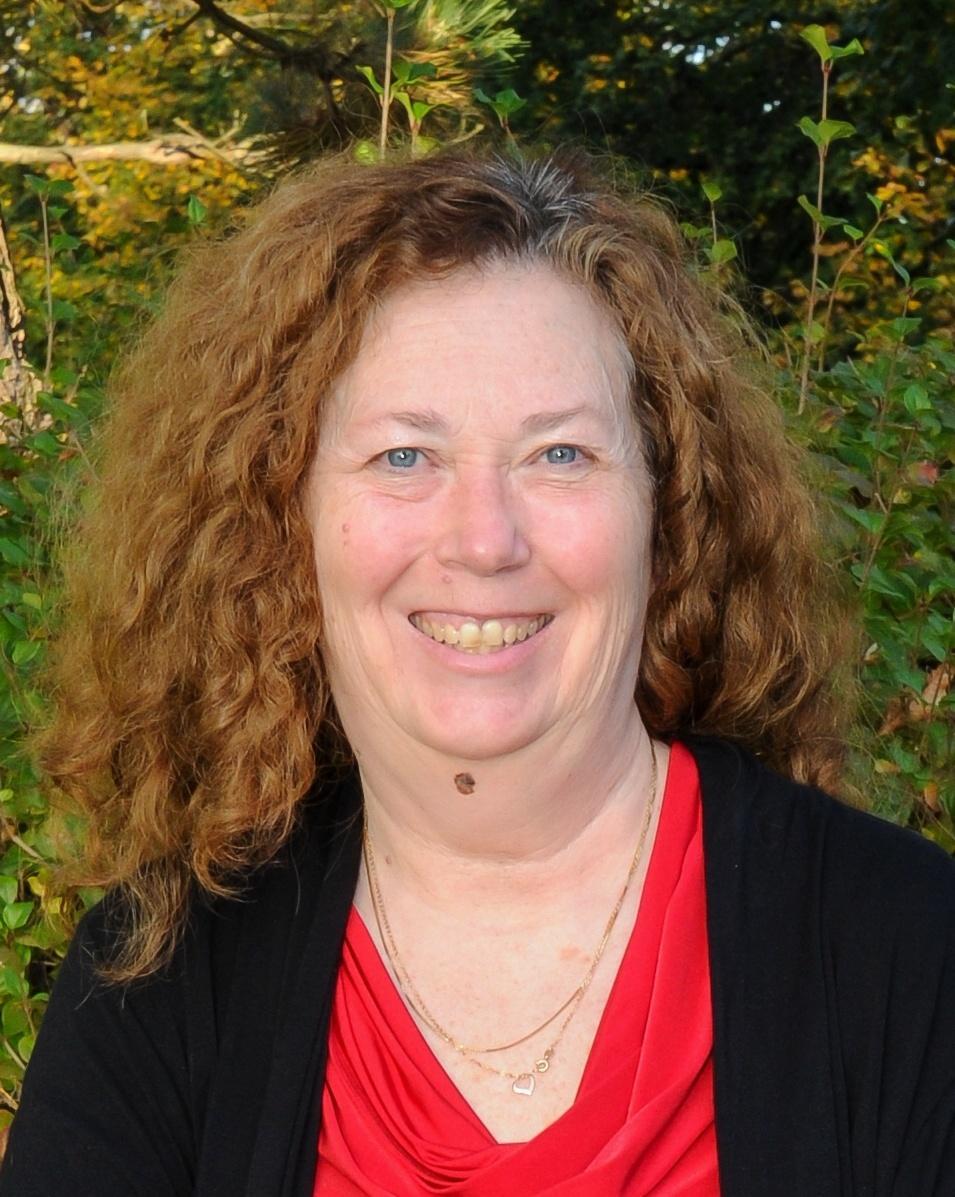 Jenny Emery has worked in the Joseph and Florence Mandel Jewish Day School office since 2007 as an Administrative Assistant. Previously, she was a stay-at-home mom. Jenny graduated from Bowling Green State in 1982 with a Bachelor of Science Degree in Business Administration.

Katie Foster
Director of Development
Katie Foster joined the Joseph and Florence Mandel Jewish Day School as Director of Development in 2021. Prior to being at Mandel JDS, Katie spent nearly 10 years at United Way of Greater Cleveland working with corporations and donors throughout the Cleveland community. She brings an innovative, relationship driven and process oriented approach to fundraising. She is proud alumnae of The Ohio State University, graduating with a personalized major of Nonprofit Development. Katie and her husband, Rabbi Josh Foster, reside in Beachwood with their two children Leora and Ezra. In her spare time Katie loves to travel, swim and spend time with her large and local extended family.

Ron Hale has worked at the Joseph and Florence Mandel Jewish Day School as the Building and Operations Manager for over 20 years.  Ron graduated from Cleveland State University in 1986 with a Bachelor of Science degree in Social Sciences.

Janet Keane has worked at the Joseph and Florence Mandel Jewish Day School since 2015 as the school's Chief Financial Officer. Previously, she was a Regional Controller for McDonald’s Corporation. Janet graduated from Siena College in 1987 with a Bachelor of Science Degree in Finance and has lived in the Cleveland area since 1994. 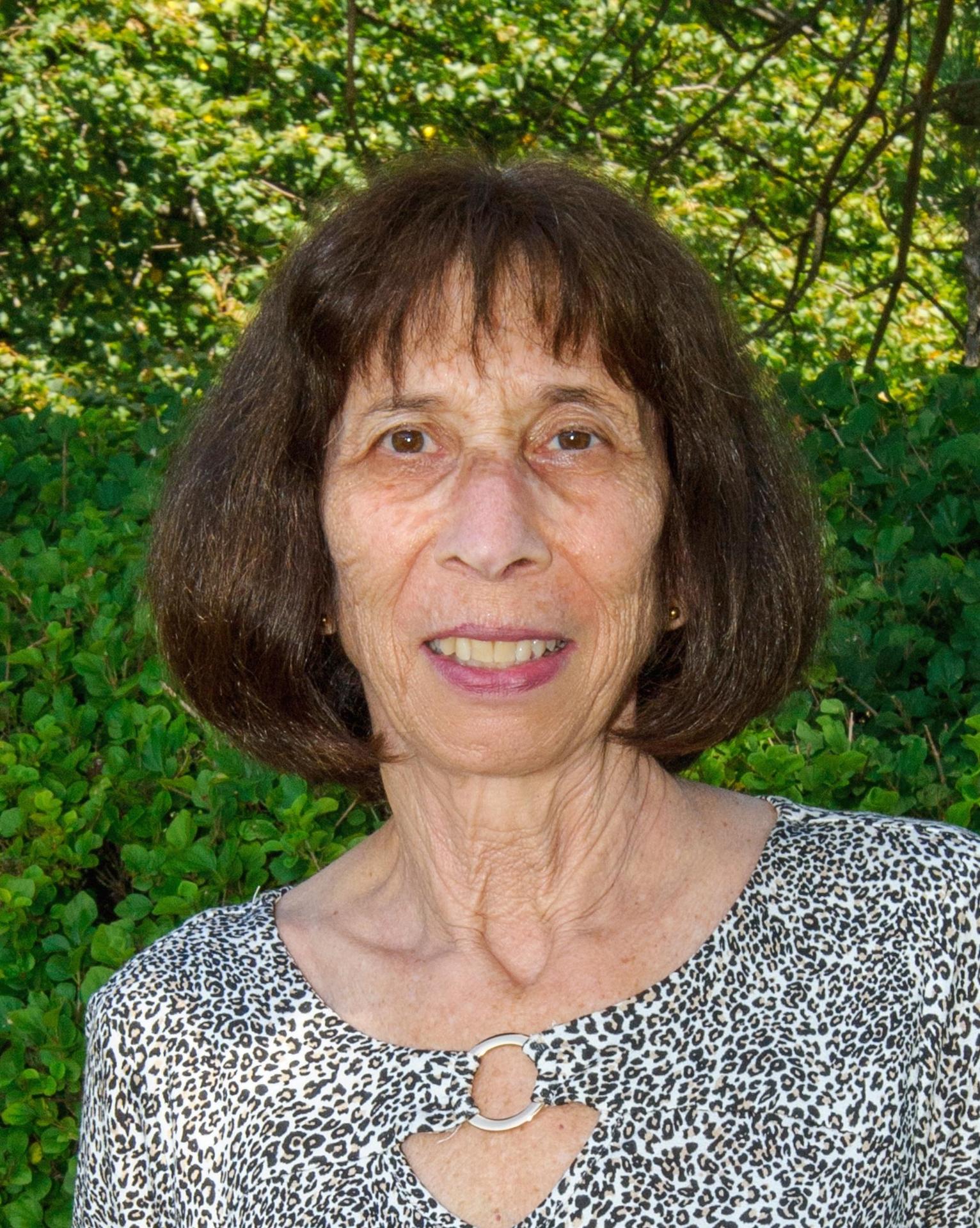 Marcy Scolnick has been at Joseph and Florence Mandel Jewish Day School for over 20 years.  Previously, she was a secretary at a synagogue office. She graduated from Cuyahoga Community College. In her free time, she enjoys doing crafts and playing with her cat.

Abigail Silverman has over fifteen years of combined work experience in both Jewish Communal Service and Brand Marketing. Prior to joining the Joseph and Florence Mandel Jewish Day School, she most recently worked at Nestle doing brand marketing and consumer product innovation.  Abigail has also worked for Jewish National Fund, the Jewish Federation of Metropolitan Chicago, and founded a program called JET (Jewish Experiences for Teens) in Columbus, Ohio. Abigail has an MBA with a concentration in Marketing from the Fisher College of Business at The Ohio State University and a Bachelor of Arts in Psychology from The University of Michigan.  Abigail and her husband live in Shaker Heights and have two children, Rafi and Sasha, who are proud Mandel JDS students. In her spare time, Abigail enjoys obstacle course racing, running, traveling, and spending time with her family.

Laura Simon has been the Director of Admission at the Joseph and Florence Mandel Jewish Day School since 2005. Previously, she was a stay at home mom. Prior to her role as a mom, she was the Women’s Division Director at the Cleveland Jewish Community Federation and the Religious School Principal at Temple Israel of Hollywood in Los Angeles, CA. Laura graduated from The Ohio State University in 1991 with a Bachelor of Arts in Judaic Studies. Afterwards, she went to Hebrew Union College and received a joint Master’s Degree in Jewish Education and Jewish Communal Service. In her free time, Laura enjoys being with her family (including 2 dogs) traveling, fiber arts, walking, gardening and reading.

Jodi Stewart joined the Joseph and Florence Jewish Day School in 2006 as an Accountant and Human Resources Coordinator. Previously, she was an accountant for A.J. Sunny Entertainment, Inc. and an Accounting Manager for Spirit Rental Car. Jodi graduated from Baldwin-Wallace College in 1988 with a Bachelor of Science degree in Accounting and a Minor in Political Science.  Jodi enjoys life with her three daughters, husband, and black lab discovering the small towns of Ohio. 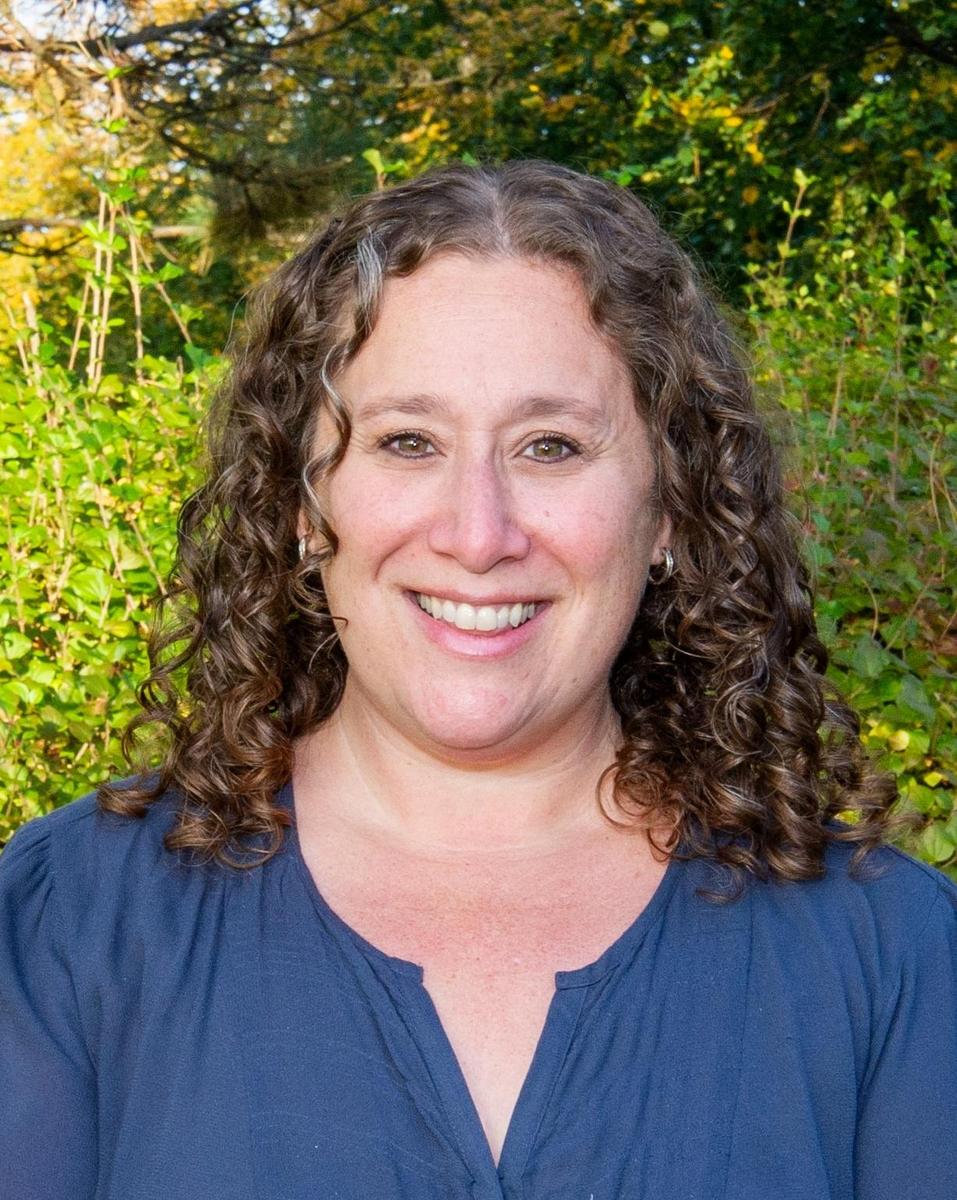 Ali Tannenbaum joined the Joseph and Florence Mandel Jewish Day School in 2014 as a Marketing and Development Associate. Previously, she was the Director of Young Rembrandts, an after school art enrichment program. Before that, Ali was the Marketing and Communications Director at the Jewish Education Center of Cleveland. She graduated from Ithaca College in 1999 with a Bachelor of Science Degree in Marketing. In her free time, she enjoys taking care of her family and volunteering in the community.