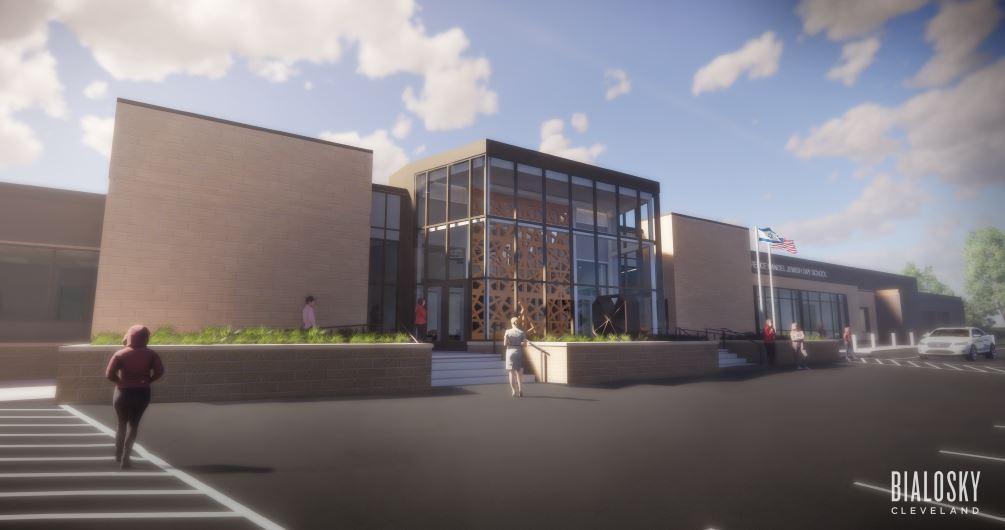 Louis is a passionate supporter of Mandel JDS and the proud father of two current students – Edie (Class of 2020) and Lilly (Class of 2021).  He has been an officer and board member for a number of community organizations, including B’nai Jeshurun Congregation, the former Congregation Bethaynu, and The City Club of Cleveland.  He is a partner at Jones Day, and previously served in the Office of Legal Counsel at the U.S. Department of Justice and as a law clerk to Justice Antonin Scalia.

Eliana, incoming board President at Mandel JDS, is an alumna of the school and is the proud parent of Rylan (Class of 2017), Lia (Class of 2019) and Gideon (Class of 2023).  She has served in many capacities at the school from volunteering in the classroom to MPA Board to Auction Co-Chair to VP and Treasurer.  Additionally, Eliana serves on the boards of the Jewish Federation of Cleveland and the Jewish Education Center of Cleveland and has participated in both the Mandel Course for Advanced Leadership and OnBoard leadership development training programs.  She is a member of B'nai Jeshurun Congregation.

Jared currently serves as President of the Mandel JDS Board of Directors.  He is the parent of Ben (Class of 2018), Nate (Class of 2021) and Jay (Class of 2024).   Jared is a partner at Weinberg Wealth Management.  His family belongs to Solon Chabad.

Hedy is a long time supporter of Mandel JDS.  She is a parent of three former Agnon students, has served on the Mandel board for many years, and is currently a Lifetime Trustee.  Hedy has also served on the board of the Jewish Federation of Cleveland and chaired the education subcommittee of the Allocations Committee.  She just completed her term as a trustee for Hathaway Brown School, where she served as chair of the Governance committee and as a member of the Head of School Search Committee.  She was a Public Defender and later served on the Cuyahoga County Public Defender Commission.

Christine has worked at Mandel JDS since 2009.  She graduated from the University of Virginia in 2007 with a Bachelor of Arts in Psychology and Cognitive Science.  She went on to earn an M.A.Ed. and K-12 Reading Endorsement from Ursuline College’s Master Apprenticeship Program in 2009.

Jacob is the Vice Chair of Anesthesiology at Summa Health System in Akron.  He grew up in Beachwood and returned to Cleveland 11 years ago and currently resides in Solon.  Jacob is a proud parent of two children, Maya and Eden, at the Mandel Jewish Day School.

Seymour Kopelowitz is the Director of the Jewish Education Center, and a consultant to the Mandel Foundation. Previously, he served as a teacher, a day school principal, and Director of the South African Jewish Board of Deputies, the national umbrella body for South Africa’s 85,000 Jews. Seymour obtained a BA, Teachers’ Diploma, an MBA from the University of Cape Town, and a PHD in educational leadership from Kent State. He is also a graduate of the Mandel Jerusalem Fellows program. Dr. Kopelowitz holds multiple endorsements from the Ohio Department of Education, including a superintendent’s license.

Marlyn is associate director of the Jewish Education Center, with a focus on strategic planning and evaluation.  She previously served as the director of human resources for the Jewish Federation of Cleveland.  Marlyn holds a BA in English from Yale University, Master of Nonprofit Management from CWRU, and is completing a MA in Jewish Education from Hebrew University.  She and her husband Ari are the proud parents of three children, all day school alumni.

Rachel has been teaching Judaic Studies at Mandel JDS for 25 years.  She previously taught at the Ratner Day School.  Rachel graduated from Lesley College in 1977 with a Bachelor of Arts Degree in Elementary Education with a minor in special education.  She has also completed many graduate level courses in Jewish Education at Siegal College.

Joshua is a proud parent of two Mandel JDS students – Ellie (Class of 2018) and Nina (Class of 2020).  He previously served six years on the Mandel JDS Board of Directors including five years on the Executive Committee as the school’s Secretary.  He is an Institutional Real Estate Banker and Senior Vice President at KeyBank since 2002.  He and his wife, Lisa, are vocal supporters of Cleveland and the Cleveland Jewish Community.

Kenneth Oif currently serves as the Vice President of Mandel JDS Executive board.  He is the proud parent of 3 Agnon graduates Shaina (Class of 2001), Alana (Class of 2003) and Benjamin (Class of 2007).  He also the delighted grandparent of Ari who attends the MJDS in the early childhood development program.  Kenneth also served on the board of Magen David Adom.  His family is a member of Park Synagogue.  A business graduate of Miami University (1980) with MBA from San Francisco State (1983), he is the CEO of National Biological Corporation, a medical device manufacturer based in Beachwood, since 2004.

Dan is a Past President of Mandel JDS (1994–1997) and the proud parent of three graduates, Joshua (Class of 1997), Shira (Class of 2000) and Ilana (Class of 2007).  He is a past Chair of Siegal College of Jewish Studies and has been an officer of the Jewish Federation and the JEC.  After serving as a federal prosecutor for 22 years, he was appointed in 1998 by President Clinton as a federal district court judge.

Margaret and her husband, Dr. Jonathan Frankel, have two children at Mandel JDS:  Scarlett (Kindergarten 2019) and Edison (Early childhood).  Margaret is the dentist and owner of Richards Frankel Dentistry.  She currently serves on the executive committee of the board of The Jewish Federation of Cleveland, is a co-chair of the 2020 campaign for Jewish Needs, and is a member of National Young Leadership Cabinet, North America’s premier Jewish leadership training program.  Margaret is past chair of the Young Leadership Division of the Federation, and is a past board member of The Park Synagogue.

Idelle is a life trustee of Mandel JDS and past board member. She is the proud mother of Adam – an Agnon alum of the Class of 2009. After retiring as President of Barnes Distribution and VP of Barnes Group, Inc. NYSE:B she dedicated her spare time to family and giving back to the community. She is a past officer of the Jewish Federation of Cleveland and former Audit Committee and Retirement Committee Chair of JFC, and past board chair of the Jewish Education Center. She continues to serve on numerous committees at the Federation and the JEC and is a board and committee member of several other nonprofit organizations. Idelle is a Board Member at AO Smith NYSE:AOS, where she also serves on the audit committee.